When in Rome, eat breakfast tacos. Or something like that. Las Cazuelas was right around the corner from the place we were staying at, an the place looked promising. When you walked in you were eventually presented with the containers of breakfast. Eight options, assuming none were sold out. I think there was but one Migas left when we got there.  Alliances would be made, so we could try as many as w were wiling to eat. I think we got four between the two of us. 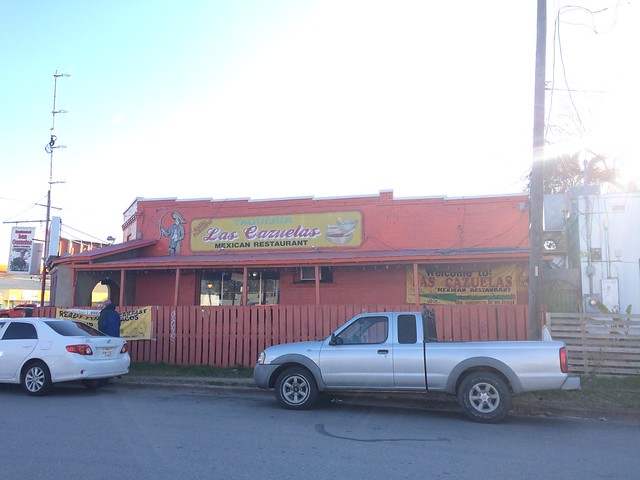 The Choriso Egg was the winner, in my mind. Thought I wasn’t going to turn any of them down. The reviews online are mixed and a few years old. We enjoyed it and would have gone back had we stayed longer and had there not been so many other options in the neighborhood.

Across the street is your gas station (?) turned coffee shop/bike shop. Which I went to a couple of times. A homemade pop tart was purchased in lieu of a birthday cake. I’m not a coffee aficionado. I order drip wherever I go. All that said, I recommend them to you, if you were in the area and wanted coffee. 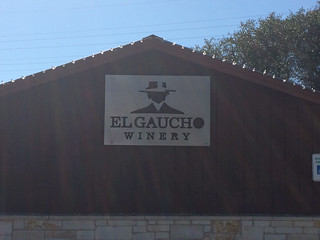 We chose El Gaucho as they made an Argentinian-style wine. And we were traveling with folks that went to Argentina. Turns out that Argentinian-style meant grapes from Argentina. We got there at the same time as a bridal party. That was traveling via shuttle. We had to park down below, they got dropped off up by the front door. Thankfully their arrival required a lot of photos, as our goal was to get through the front door before them, or all hope would be lost. We would succeed. The people were nice. We spoke of our time in Argentina. Well, our friends did.

The flight was good, I think we all had one full glass from it. We ordered melty cheese and bread. It came with scissors. That was fun. 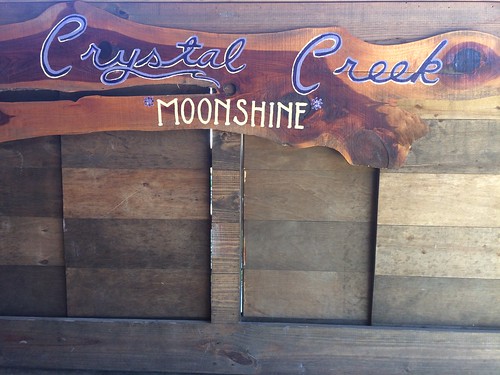 We then went on for some cocktails. The walls are filled, if not covered, with album covers. There were some good ones and if you are of a certain age (say, over 40), you could spend hours reliving the music of your youth. There was a working arcade game in the back. And out front, you had ping pong and darts. Are darts a good idea at a distillery?

The creamsicle is super dangerous. So so good. Yet so dangerous. you are drinking that popsicle for which there are so many good memories. Only one too many of these creamsicles and you’ll forget how the rest of your day went. 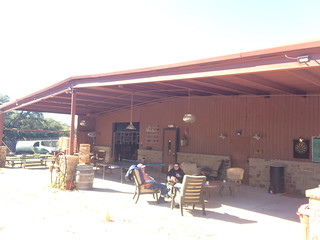 It would get much busier.

When I say authentic BBQ, I mean a place that isn’t  national chain, the plates aren’t plates but are rectangular wax paper and you order the food parts from a guy in front a large selection of meats. For vegetables, you had corn and I think green beans. And stacks of white bread. Glorious, nutrition-free white bread. Some people went for the cobbler as their dessert. I went back for more bread. 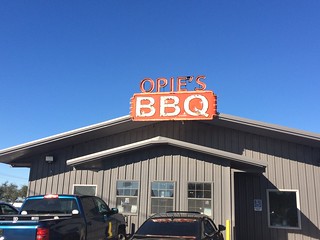 We did pretty when it came to ordering. I got one too many half chickens. The take-home box was small and butter bean free. A sign on the front door let you know they were for eating while inside only.

No need for dinner that night. An evening run to a food truck, sure, but no sit down with napkins and utensils made from metal.

A note on the butter beans. When I did a search to find the URL, typing in Opie’s BBQ, the third suggested search option said butter beans. So, people like them, and are looking for them. 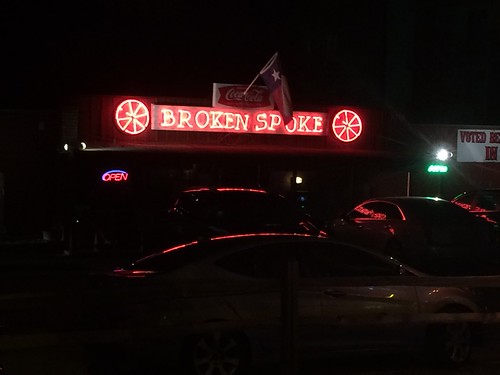 Part of the reason we went to Austin was to visit this place. We came for the dancing. If you are thinking about it, and you can go mid-week, I’d try then. It is so popular that people elbow each other (unintentionally, for the most part) while go around the dance floor. There was a healthy mix of novices and pros, so it was the wild wild west out there. We went around a few times once the floor was opened to the general public. When we arrived, people were getting a lesson. They had arm bands on, so if you didn’t, and you were on the floor – you quickly weren’t.

The food in the front section looked both delicious and insanely not healthy. What was left on the table that we walked past was the potato bar of all potato bars, that had seen better days. You didn’t want to look, but you couldn’t look away.

The tourist trap room of memorabilia is well worth the trap. 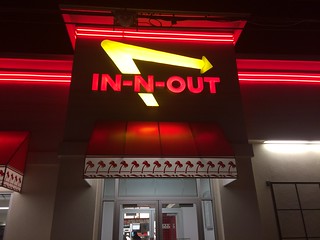 It was the mirage that turned out to be real. An unexpected treat that turned the night from a 7 to a 10. In-N-Out is a favorite to some that were in the car with us, so we stopped on the way home.

When I went out to take this picture, I noticed a sketchy dude follow me out. I decided not to get too artistic with this one – especially when I lost track of him. I’m sure it was coincidental … but better safe than sorry, I didn’t linger outside on my own.

Juan In A Million 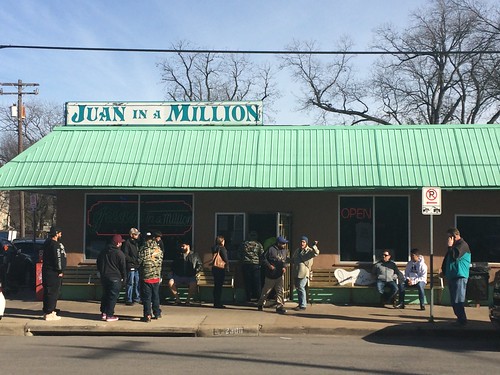 Those folks are waiting for a table. That is a good sign. Especially since we were getting take-out. Did we get tacos? I can’t remember, but I think so. Someone did, I am sure of it. Not me though – being on vacation, I went with the recommended dish: Con Queso Breakfast. I don’t remember exactly what I ate, but everything was really good. Well worth the extra walk.

it is a fairly big place, so the speed at which the food arrives is based on how many people are working. 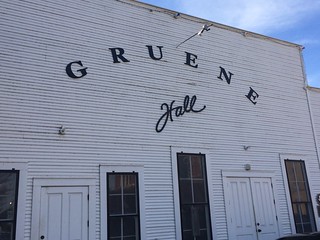 Texas’ oldest dance hall. The floor was pretty big. The insides pretty old. The two ladies on the dance floor, let’s just says they’ve been through all the fads that floor has seen. they owned that floor, and not ironically. They had smoother moves than most people there. And folks let people be, unlike at the busy spoke where the young cowboys not old enough to drink prowled the floor. That is the correct verb usage. Here, people got up and down as they pleased.

Beer options were limited. But it was also mid-day, plenty of time and besides, this is a dance hall, not a beer hall. That was coming up later. So go grab your partner and swing one last time around before the concert shows up and you have to pay to stay. 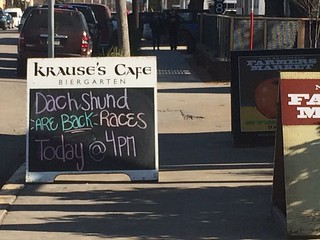 More beers on tap than you can reasonably even review before ordering. Pick something and run with it. you’ll go crazy trying read everything that is there. The day’s special event, and the reason for us being under their tent: Dachshund racing. if you haven’t seen it – it is was you are thinking. Not a breed meant for racing, and they own it that label. if there were six in a heat, maybe one of them ran across the finish line. Most stayed where they were, ran towards the crowd and into the hands of an adoring child for a belly rub or just in circles.

I watched one get within inches of the finish line only to turn around and go back to that start.

There was also the one-eyed elder. The senior aged race was nearly called off as neither of the dogs wanted to leave each other or the starting line. Then, at the last moment, peaches went for it. She got half way down the track, in her own time, then decided that was enough and went back to the start.

They all had fun, so it looked. Costumes were worn, and wiener trophies awarded. I haven’t laughed like that in awhile. 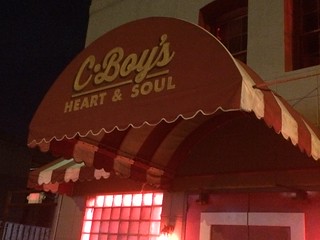 We missed chicken sh*t bingo, but we saw Dale Watson. A particular favorite among someone in or group. We got to chat with him, real nice guy. The dance floor wasn’t really a dance floor – but tables moved out of the way. It was busy, and having not ordered anything but a random beer, there is nothing to say about the place that would be fair. They had Dale, and that was what we came for. So that was a pretty big success. 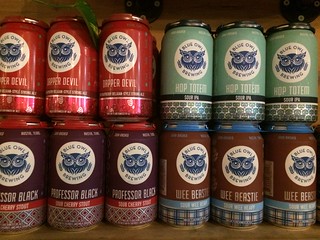 Sour-mashing beers. I am trying to remember which ones we had and which ones we liked best. I believe my favorite was Lord Admiral Gravitas, a sour imperial oatmeal stout. We might still have the card handy. You buy a glass (sizes vary) and then you can try a flight. i would just like to say that I love flights. Especially if you are there with others, so that you can try everything, because you never know which one you want a full pour of. 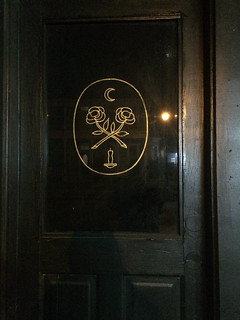 Now onto to a cocktail. We only had a mini flight at Blue Owl, so all was good. This place was super hard to find, We drove past it twice. This is a picture of the front door, when the lights are on. The cocktails were decent. the counter was good. The service that night was OK. I am not sure what it is usually. I wouldn’t tell anyone not to go there. We had a decent time, but nothing on the menu jumped out at us – so we only stayed for one and went out on the hunt for dinner. Which was trickier than expected. The small grocery store (bodega?) we went to didn’t have what we were looking for. We ended up at a food truck court. One truck was open. It was chicken based. And it was delicious. I forgot to get a picture of the truck though, as I was focused on ordering food. 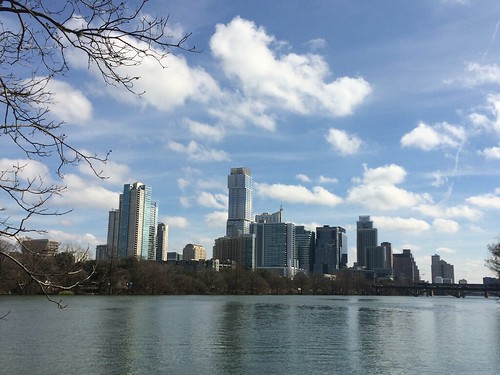 I am pretty sure this is where we went. It looks right, on the map. We saw turtles sunning themselves and various ducks (?). There is a train for kids. A decent walk all around. The path was not strenuous but was nice to walk about the trees. And we saw this Austin skyline. 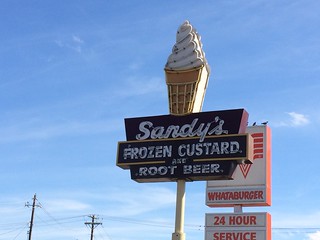 We were driving about the town, talking about lunch. We had no plans. Then this sign appeared. Brakes were slammed upon and a steering wheel turned. We not only got the frozen custard and the root beer. We also got a chili dog. These were all good decisions. This would be our last stop of the trip, and we ended on a high note. I’ll have to look up what that sign looks like in the evening. 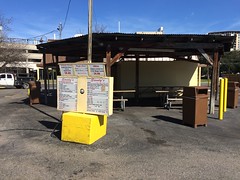